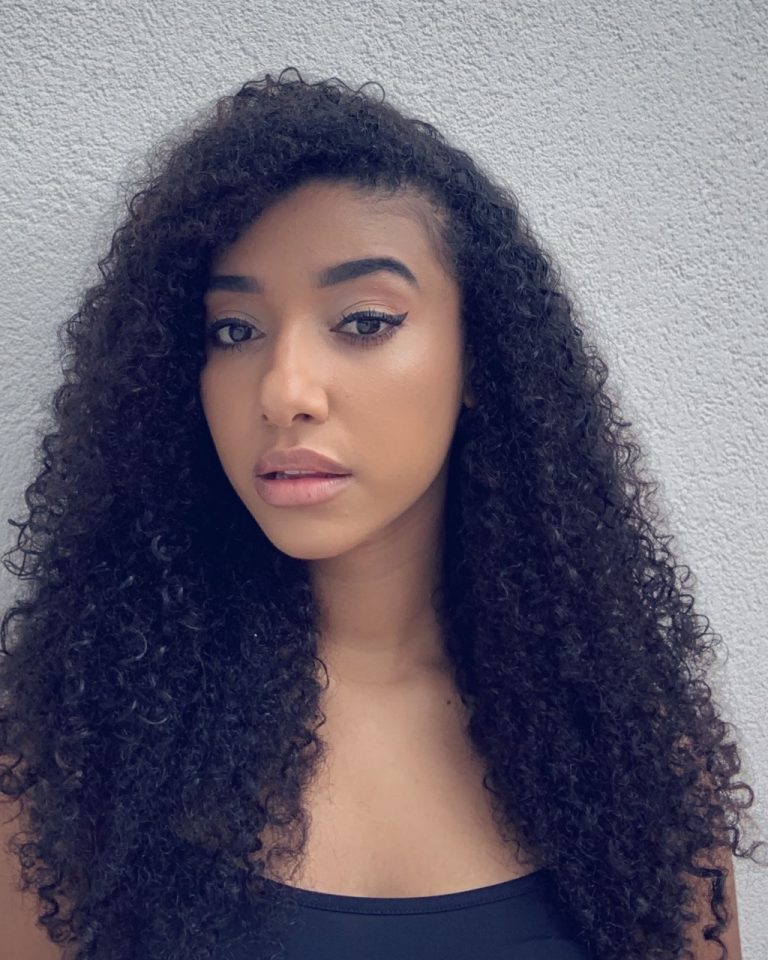 Sophia began her career as a Creative Access intern working as a Development Researcher for an independent TV production company in Manchester and is now on the Creative Access Advisory Board.

Over the last five years, Sophia has been developing her portfolio in the factual documentary space and currently works as an Assistant Producer for Nine Lives Media. She recently finished on the BBC series ‘I’ve Been There’ which explores a range of challenges young people are facing; inviting celebrities to talk candidly about their experiences and share coping mechanisms. Her credits include, I’m Coming Out, My Life: Hike to Happiness and Dispatches. Before getting into TV, Sophia largely tailored her undergraduate degree around black identity and post-modernism.

In the post below, she shares insight into navigating unconscious bias in the creative industry as a Mixed-Race woman. Her poem provides a snapshot of her experiences growing up in a predominantly white town and challenges the normalisation surrounding the need to ‘pick a side’ at a time when unity is paramount.

I feel like I’m talking on behalf of many of my mixed-race peers when I say that the question “do you feel more Black or more White?” has been inscribed on our eardrums for as long as we can remember. Oh, that old chestnut! Given that race is a rigid social construct, diminishing blackness and whiteness to interchangeable feelings implies that mixed-race individuals can’t be their whole self without racially classifying and evidencing where and how they feel most ethnically affiliated.

Under Jim Crow in America, the One-Drop rule did not allow for mixed-race children to ponder the prospect of white privilege. Anyone with black ancestry was considered black; meanwhile in the UK mixed-race babies were also deemed subordinate. For years people of colour have been governed by a state of racial hegemony, a system that manufactures a dominant cycle of societal norms and more to the point, systemic racism.

For years people of colour have been governed by a state of racial hegemony, a system that manufactures a dominant cycle of societal norms and more to the point, systemic racism.

There’s some painful irony in being asked a question that is undoubtedly tied to a premeditated stereotype, as though the person asking the question is so fixed on their vision of how they see you, your answer is frankly invalid – the aim merely to affirm their belief as opposed to engaging with yours. Often many of the people who ask this question are those who say, ‘they see no colour’, colourblindness being yet another form of unconscious oppression in and of itself.

While on the surface the inquisition for you to ‘pick a side’ may not be malicious, for me it’s representative of many deeply rooted messages. Here are a few;

A. Our identity is fluid and we have the physical capacity to change or adapt to the state of becoming more black or white ‘should we decide’. It feeds the notion that each ‘side’ can be turned on and off despite our skin remaining the same.

B. Unbeknown to some, the expectation for us to pick a side, continues to perpetuate a state of self-conflict and a lack of belonging.

Then there’s C. the need for mixed-race people to prove or justify their identity repeatedly throughout their life has become a tool used to help others distinguish what conversations may or may not be socially acceptable around you and in some cases is used as a gauge for how racist they can be in your presence. This is a tool to protect their own fragility.

My own self-discovery continues to be led by stories and experiences the National Curriculum fails to teach and TV underrepresents.

Daughter to a British-born, Black, Caribbean Mother and White, German-British Father, during my late teens I felt an overwhelming desire to begin studying Black History and Feminism. In doing so, I unlocked a part of me that was earlier denied. My own self-discovery continues to be led by stories and experiences the National Curriculum fails to teach and TV underrepresents:

I urge creative industries to reframe the discourse they use around race and more specifically the black community.

At a time where education and accountability are vital, I urge creative industries to reframe the discourse they use around race and more specifically the black community. Companies and creatives need to play an active role in tone policing their discussions and reconditioning what is and isn’t acceptable under the guidance of diversity and inclusion experts and black and ethnic minority groups. Fundamentally this process starts with a willingness to review and reform a system that is clearly failing its workforce and its audience. For me, inclusivity is non-negotiable, especially if we want to start seeing BAME creatives in senior leadership positions that have the capacity to contribute towards real structural change.

inclusivity is non-negotiable, especially if we want to start seeing BAME creatives in senior leadership positions that have the capacity to contribute towards real structural change.

In an open letter from the We Are Doc Women collective, they highlighted the urgent need for action.

The TV industry still oozes white privilege and has an undeniably disproportionate divide across, race, gender, class, and disability representation. It’s the conversation that goes on behind closed doors that we need to infiltrate, disrupt, and restructure. Starting to address unconscious bias is only the beginning.

Starting to address unconscious bias is only the beginning.

one without the other

why must I hide?

If I bled myself of colour

I wouldn’t be alive

I know my blackness is the reason that
I feel this pride.

They called Momma a coconut

mocked for her ‘nappy hair’.

Her father was an angry man…

she left high on lover’s air.

No privilege could protect her

against the cards life dealt

and the world’s given her reasons not to love herself.

yet they say when two hearts unite as one

both sides can win.

A token in a broken system

a child with just enough different

A crown so big

locks tied to a history

What even are you?

Human, the last time I checked?

When you ask about my roots

say it with your chest.

How can you connect to oppression
when you weren’t present?

When you speak about entitlement
do you count your blessings?

Can this Mixed-Race woman make a few confessions:

I am not exotic because I’m lighter in shade.

The black in me wasn’t enough
excuse for you to question my grades.

My telephone voice isn’t an attempt
to sound white.

Just because I like hip-hop doesn’t mean
I’m down for a fight.

Whether you’re black or brown there’s an expectation
that you owe all your success
to someone with a higher status.

You can’t pet my hair,
my curls don’t want your attention.

If I quote black creatives then they a mention/

My twerk skills are average
and so is my singing

When you say the ‘N’ word my ears start ringing.

You can’t slag off all immigrants
but say “I’m okay”
and think your outward discrimination is going to wash with me.

Shoutout to the Motherland,
my sisters know that I stand with them.