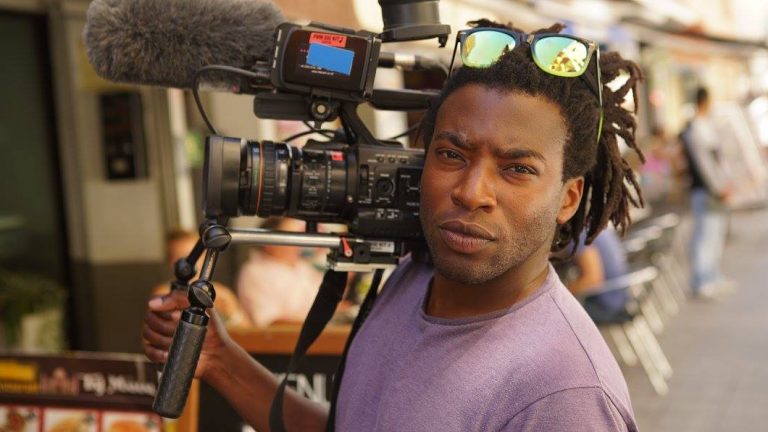 We caught up with former Creative Access intern Dean Webster, who spoke about the need for greater accountability when it comes diversity in the freelance television workforce…

I started my career in television seven years ago as a Creative Access & PACT Diversity intern, where I was given a fully paid placement at Shine and sent on a funded training programmes. I was given the skills and connections required to start in television and, since my internship, have continued to receive support and advice from Creative Access. Unfortunately not all diverse talent have access to the same resources that I had.

As far as I see it, the diversity issue essentially comes from a lack of accountability. Whilst the Diamond system’s aims are commendable, production companies can choose to opt-out of it and the metric has many flaws exacerbated by the workforce’s fast turnaround, which means that quotas are currently the best workable solution. If we want to make authentic progress when it comes to diversity and inclusion, we need to address systemic issues around recruitment, progression and training, and pay which affect the industry as a whole.

If we want to make authentic progress when it comes to diversity and inclusion, we need to address systemic issues around recruitment, progression and training, and pay which affect the industry as a whole.

There is an inherent lack of accountability when it comes to TV recruitment. Not all jobs are advertised, full job and people specifications are rarely provided and opportunities for part time working, working from home or job sharing are not considered from the outset. This is exacerbated by the COVID-19 crisis, with PACT and the CDN airing concerns about the impact on producers in the nations and regions and diverse talent respectively.

There is an inherent lack of accountability when it comes to TV recruitment.

If all roles on programmes were advertised, even ones earmarked for people who had worked on previous series, we would be in a better position to monitor diversity as well as career progression within the workforce. Other sectors have adopted initiatives like the Rooney Rule, where at least one BAME person must be interviewed for a role, but the lack of transparency means we don’t know if things like this are being done or, in the instances they are, if they’re successful. To eradicate barriers for diverse talent we need to identify where those barriers exist and this requires us to objectively look at initiatives and challenge those who fail to adopt them. Transparency also helps us look at other issues – how many people move up in our sector, how many people with career breaks return to the sector and at what position, how many people who’ve never worked for a production company/group are offered interviews or roles there for the first time?

To eradicate barriers for diverse talent we need to identify where those barriers exist and this requires us to objectively look at initiatives and challenge those who fail to adopt them.

I also believe there’s a broad issue with freelancers’ progression up the career ladder, which can be linked to the lack of training offered. Freelancers are commodities, so it makes sense to offer work to ‘safe bets’ who are very experienced in that job role. I believe this, however, is short sighted, does not benefit Britain’s creative sector as a whole and does not benefit freelancers individually. For employers of permanent staff, the cost behind recruitment and retention means there is a financial interest in upskilling workers so they stay with you for as long possible. In my view, the same incentive does not exist for freelancers, so freelancers have to pay for their own training or hope to find a kind employer to do that for them. Whilst I know first-hand that the latter exists and am grateful to the people who have helped me on my way to where I am, it’s unfair to rely on this inconsistent, informal arrangement to help a sector of thousands of workers. Relying on individuals to self-fund their development and training plays directly into the mechanism of inequality that stops diverse talent joining the industry.

We need a formalised training system, led by a consortium of broadcasters and/or production companies, which recognises that a highly skilled freelancer is beneficial to the sector as a whole, not just that sole freelancer. Solving this not only helps diverse talent but helps the sector as a whole, by unlocking the potential of freelancers at every stage. (NB: I have been to ITF training and am currently attending some of the fantastic free ScreenSkills virtual training courses, so I appreciate that there are initiatives out there for freelancers. I do, however, think lots of freelancers can move through their career without receiving any formalised training.)

Relying on individuals to self-fund their development and training plays directly into the mechanism of inequality that stops diverse talent joining the industry.

Finally, pay. It has been clear for a long time that our lack of collective bargaining has resulted in freelancers’ rates being individually negotiated down, often dressed as a lack of budget. Whilst we all know this is commonplace, the lack of data means evidence is usually anecdotal. BECTU’s move to release a rate card for editorial staff, giving parity with camera and sound colleagues, is welcome, but without in-depth analysis of data from freelancers across the sector – this is a subjective ‘best guess’ and doesn’t consider factors like experience. We need to coordinate ourselves to regularly assess industry rates for roles and join collectively to set minimum levels for roles and agree on annual rate rises. This is perhaps the most troublesome issue for us, as it essentially requires individual freelancers to agree not to take jobs when these rates are undercut – but with strong leadership, from the union or another widely endorsed body, we could weather this storm and see long-term benefits.

Apologies for the length of this post – it’d probably be shorter if I had a job (hint hint). This just scratches the surface, I know there’s more to add and there will be lots of views on these thoughts. I look forward to hearing your thoughts and feedback.