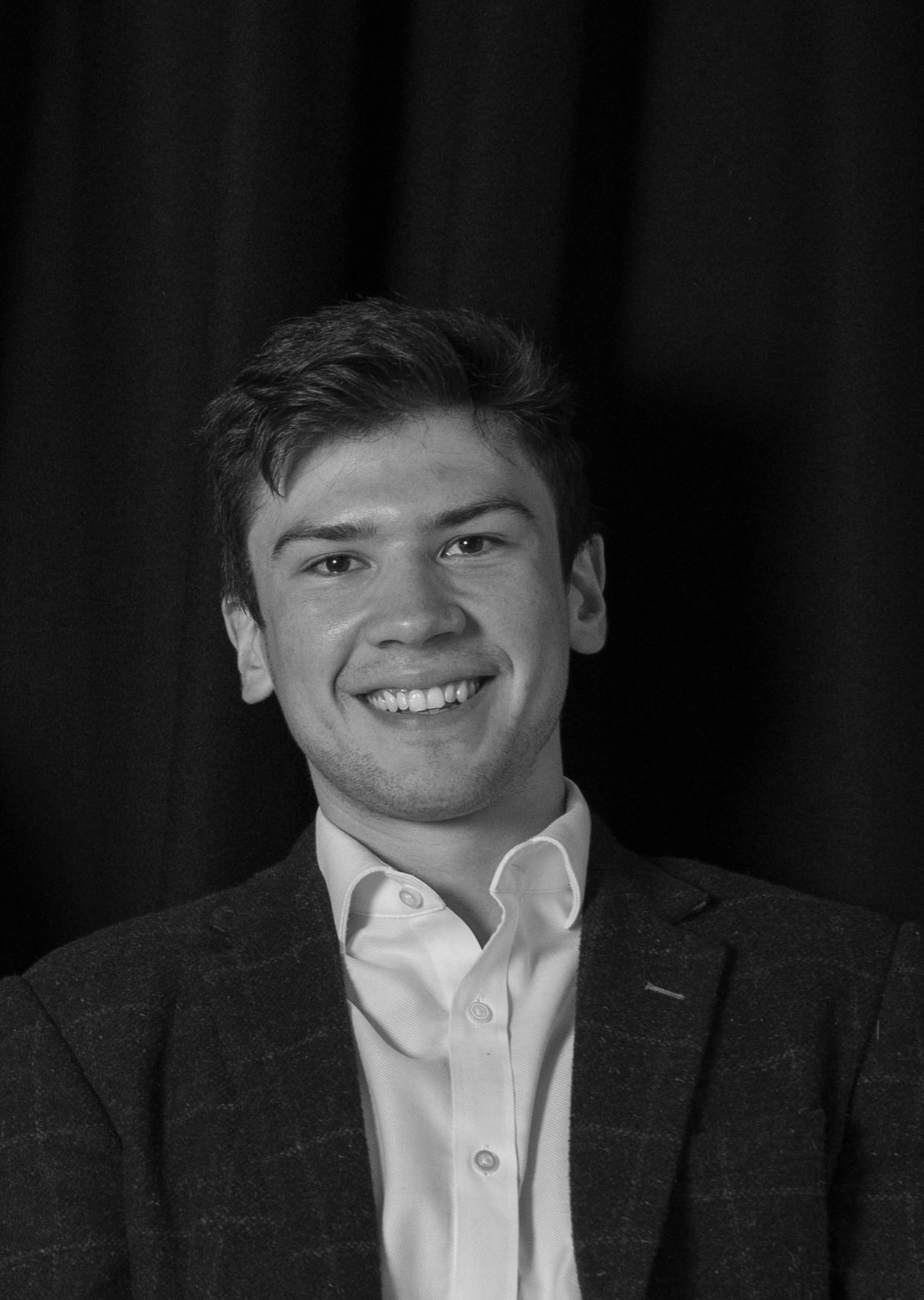 I currently work at Pol Roger Portfolio as a marketing executive. I was accepted as a marketing intern after being accepted through Creative Access, and was taken on full time after my internship finished.

I never imagined in a million years that I would work in the wine trade, let alone for a Champagne House. My route there has been a bit of a mixed bag. All the way through school I wanted to be a novelist, or work in the creative industries somewhere. If I had to pinpoint the beginning it would have to be while I was at school. When I was roughly 16, I started working as a waiter/KP at a hotel-restaurant in Edinburgh. I continued to work there while I was at university to help pay for my fees. Although I’m from Scotland, where university tuition is free, I was lucky enough to get a scholarship at Oxford to study Classics, but it still wasn’t free. I’d always had this dream to do a J.K. Rowling or J.R.R. Tolkien and study Classics at a good university, and eventually write a book. While I was there I threw myself into all manner of plays, creative clubs, and fancy dinners, while writing what felt like about a million essays a week, and knew I wanted to eventually work in something that involved any/all of: writing, history and storytelling.

Fast-forward to graduation, and as often happens to humanities graduates, I had employers queueing up around the block to hire me. The clamour to sign me on to the most high-flying of jobs was so high, I decided to take a step away from it all and worked a bunch of different jobs. Sarcasm aside, although the job market was quite tricky, I found a lot of fulfilment in jobs where I could work with my hands as much as possible. Gardening, marquee construction, bike repair, movie and TV extras, painting and decorating, I did as much as possible before returning to hospitality at a high-class venue in Edinburgh. I worked there for a little over half a year before leaving to explore the world and travel. I got as far as London before the pandemic began.

During the pandemic I was unemployed for the first few months. I eventually found some work doing online translation, transcription, and subtitling. I supplemented this with jobs like those I mentioned above whenever I could get the work. Basically working outside/with my hands as much as possible. I had a really good stint working with my uncle up in Perth doing some stone harvesting (he’s a dry-stone dyker who makes some beautiful artisanal dry-stone installations as well) and resolved to start applying for proper jobs that were more aligned with my interests rather than jobs that would simply pay rent and let me have lots of time off.

This brings me back to Creative Access. I heard about them while I was at university, through my scholarship. Though I’d only used them for CV references and the occasional seminar, I started looking more seriously into roles with them. Some of the best advice I received from them was about my CV. I was a little nervous that I had very little professional creative industry experience, but they convinced me that it was better to back myself and my own experience thus far accumulated. I applied for a bunch of publishing and journalism roles, anything that would allow me to write, read, or work with history. Eventually I came across an advert for a marketing intern at Pol Roger Portfolio. I didn’t initially recognise the company, but the name intrigued me. I looked more into it, and the Champagne House had been around over 170 years, and had all sorts of affiliations to historical figures and periods of history. Further inspection showed that they also represented a Tokaj wine, which is what we drink every year for Christmas in my family as my father is Polish. They also represented a Spanish wine based in Álava; perfect as I learned Spanish from my Colombian mother. They also represented a Highland Whisky, and as I grew up in Scotland and have family that have worked in the Whisky trade it was also ideal for me. The more I learned about them the more I realised how perfectly suited to the job I was.

After some group interviews hosted by Creative Access, and an interview with the MD, head of marketing, and head of operations, I was accepted for an internship. I moved down to London from Edinburgh, and began to learn as much as I possibly could about both the industries of the wine trade and marketing. I learned so much, but also had an incredible time while doing it. Much of selling wine is about the provenance of the product: the story of the family that produced it or the land from where it comes. Wine and alcohol in general is something that I’ve always been interested in. The story behind the first people to farm grains to create beer, the ritualistic importance of things like Dionysiac rituals or the eucharist, or even simply the significance of a toast. It had always been at the back of my mind as an important piece of cultural heritage, but here I was actually able to work in the industry. This is barely to even mention the marketing industry. Initially I had ignored marketing jobs as ‘sell out’ options, but I came to realise that there is not only great skill in accurately or successfully marketing a product, but also great fulfilment in finding the right avenue for a product. When my internship came to an end I learned that the head of marketing would be going on maternity leave, and they were looking to hire somebody to pick up the slack, and I accepted a position with the company.

I don’t know how long I will stay here for. I have immensely enjoyed the experience of both the internship and the full-time job, but I certainly do know that I would not be here had I not had the connection made by Creative Access. Now I am genuinely considering careers in both the wine trade and marketing, and am grateful for the opportunity to both Pol Roger Portfolio as well as Creative Access.

I had used some Creative Access resources for a while before I was accepted to the internship. I was not very confident with my CV and cover letters, as I feel I have quite an eclectic mix of experience. I also had no idea what industry I wanted to work in when I finished university. Only the knowledge that I want to work in something creative if possible, but also something where I can continue to learn about history, or anything interesting: a bit too nebulous a description of a career path for most career advisors.

Through Creative Access I was able to gain access to a wide range of different resources, but also a wide range of job prospects. I seriously thought about work in publishing, but also considered things like antiques, auction houses, art galleries, museums, and libraries for the first time.

During lockdown, when we all spent what felt like eternity on our laptops, I was fortunate to participate in some panel discussions/seminars on industries I was more seriously considering, and either applied for them or was convinced of the decision not to.

My own advice would be not to get too disheartened if what you think you want to do doesn’t pan out. I applied for about a dozen different publishing jobs, from internships to entry-level roles, two with CA, and about ten elsewhere, and didn’t get any of them. I was adamant that that was what I wanted to do, and felt awful that I wasn’t being successful. But looking back now I realise that this was just excellent practice in writing job application sand writing in general.

I think also I would advise looking for roles in industries you wouldn’t otherwise consider, or at least asking for recommendation for other careers, and taking them seriously. I never considered the role I am in at all, and realise that it ticks every box I had, and more.

The ability to exercise the skills I love using the most: writing, speaking to people, reading, and learning about histories. This job has so many benefits to myself, but I also really personally connect to it. Each brand has its own story, each wine its own nuance, each day its own challenges. I never had to do the same thing twice, which I certainly can’t say about gardening or stone-harvesting! I also greatly appreciate being able to learn new skills. I have been very fortunate to benefit from colleagues who have been in the trade for anything from 4 to 30 years, and each of them have their own unique insights. Learning something as basic about how a single story about a wine family being told through the different media of social media, a press release, or a wine tasting was fascinating to me, and I’m sure it sounds basic, but I loved learning how to do that.