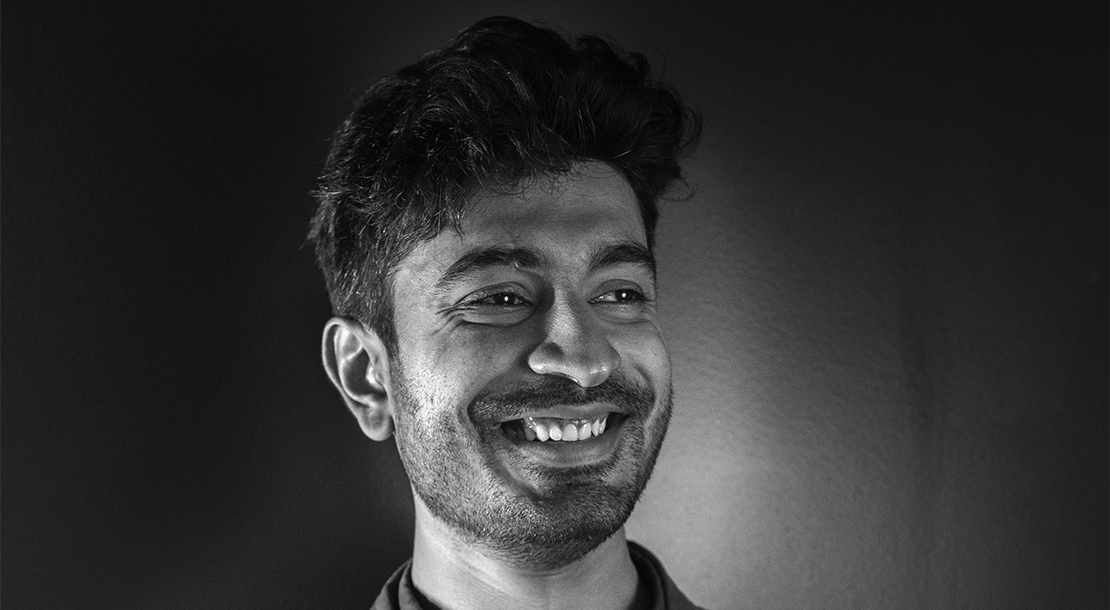 Atri Banerjee is an award-winning theatre director. He started his career as a Creative Access intern at the National Theatre in 2015.

I work as a freelance theatre director. That means I’m employed by several different theatre buildings and companies to (among other responsibilities!) make a variety of different shows, workshop the development of new plays and engage with community groups affiliated with the theatres. I also work as a drama educator, teaching at drama schools across the UK, and sometimes as a writer and translator. I also directed my first film earlier this year, so it’s a bit of an assortment box of different disciplines!

After I left university, my first job was a year-long internship at the National Theatre (NT) as the press assistant; a role I got through Creative Access. After I left the NT, I did a two-year masters in directing at Birkbeck, University of London. As part of this, I was sent on a year-long placement at the Royal Exchange Theatre in Manchester, where I worked as the trainee director.

That was such a brilliant experience, and probably the most formative in my career to date. I worked as assistant and associate director on loads of amazing projects and was plugged into the life of the building.

It was at the Exchange that I directed my first major production, Hobson’s Choice, adapted by Tanika Gupta; a South Asian version of Harold Brighouse’s play. I won The Stage Debut Award for Best Director, which was a massive boost to my career and helped my name get out there in the industry.

If it hadn’t been for Creative Access I wouldn’t be where I am. The job at the National Theatre introduced me to a whole range of brilliant directors and actors and theatre practitioners, both on- and off-stage. They have been vital contacts in my career development so far, as well as mentors, teachers and inspirations.

I was able to learn the ins and outs of how a major theatre like the NT is run, which has been instrumental in helping me understand more about the often confusing world of the British theatre industry and how its different components fit together. This has been so useful as a jobbing director navigating an often uncertain landscape.

The support and encouragement of Josie Dobrin and the whole Creative Access family gave me the pushes I needed to embrace the risk of being a director. I was also hugely grateful for the workshops and masterclasses which introduced me to a huge range of creative thinkers.

Find your tribe. Find the people you connect with on an artistic, personal and professional level. These can be your contemporaries, or people you love to work with, or people with more experience who have taken a punt on you and chosen to believe in you. In any of the creative industries, especially as an artist, it can be a very scary world: so it’s vital that you have people you can rely on, bounce ideas off, who can support you. And then you can reciprocate.

When I was a CA intern at the NT there was a whole gang of us who have now gone on to bright and brilliant jobs. It’s nice for us all to keep in touch and look back at that part of the journey we took together and feel proud of each other.

I love the fact that you get to connect with a whole range of different people in order to bring out the best in them. If you ask me what a director “directs”, I would suggest it is energy; the energy of the whole acting company, the creative team, the crew, towards a singular goal. I love that process of facilitation because it feels to me like it can be a really exciting way of building empathy and compassion – things that are really lacking in today’s society.

There’s an amazing quote from the director Phyllida Lloyd where she says “If you believe that how you do your work is as influential as the work you do, then a theatre rehearsal room is the perfect place to model social change.” I think that’s a really beautiful sentiment and one I try to work by.

And it’s the best feeling when the work you’ve made with a team connects with an audience. When it makes an audience laugh or cry or gasp. You know that someone out there has felt represented, in their experience, by the work that you’ve created on stage: and maybe, for a moment, they’ve felt less alone in the world. That’s a really powerful and radical thing. I’m so grateful to be part of an experience like that for people.